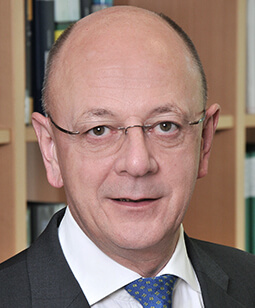 Which areas do you mainly work in?

I’m primarily active in the area of auditing and consulting with small- and medium-sized companies, especially subsidiaries of foreign parent companies. Further areas of focus are sales tax consulting and my field of action around foundations and NPOs as well as freelancers.

What problems do you solve for your clients?

Ideally, solving problems should not be the focus of my advice. Consulting should instead be structured in such a way that as many problems as possible are recognised early and avoided. This requires close contact with local management as well as their (foreign) superiors and shareholders.

We are professionally and technically up to date, and we want to remain that way. That is the only way that we can retain the trust of our existing clients and remain attractive to new ones.

What has been your career path?

I graduated as Business Administration graduate at the University of Cologne in 1982. Then I worked in an auditing and tax consultancy firm in Düsseldorf until 1992, with a “big four” company among others. Over this period, I became a tax consultant in 1987 and an auditor in 1992. I’ve been a partner at HLB Linn Goppold since the middle of 1992. I've been the CEO of HLB Deutschland GmbH in our international network since 2012 as well as the alternate (deputy) in the Council of HLB International.

What motivates you in your everyday work?

Training and motivating young people again and again and advising clients together with them to create client satisfaction.